How “out there” are you as a @DavidArchie fan? 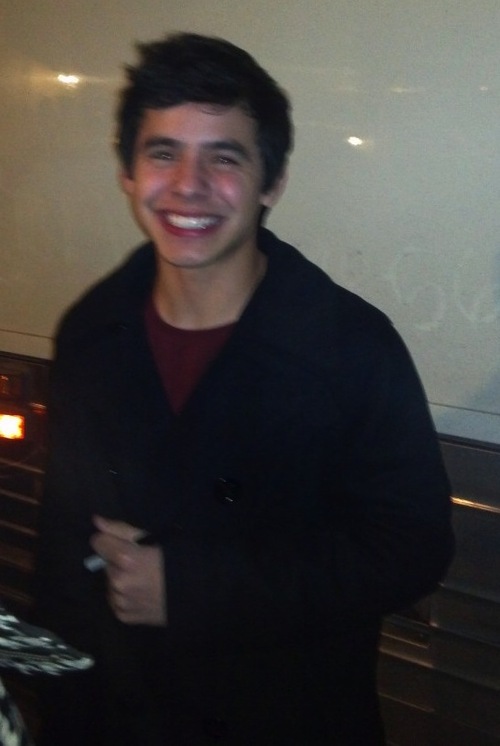 (Source:Tumblr/rhiminee) aww, doesn’t the little stinker look happy there at Beaver Creek knowing he won’t have to deal with us for two years?

The lovely amb4da brought up an intriguing point on the last thread: “Coming out” about your fandom.

My closest friends and family know (and tease me endlessly) about being an uber-David-fan. But other friends and coworkers don’t have a clue.

When I took a few days off to fly to Salt Lake City for MoTab, I did tell a couple of friends at work where I was going but they had no idea why I was going so far for basically a long weekend. One of them said “You go to the most random places!”

Why do I only share my, um, enthusiasm on a need-to-know basis? Because I don’t expect anyone else to understand this, when I don’t fully understand it myself. I don’t think I would “get it” if the tables were turned. In fact, I know I wouldn’t.

A former coworker who’s a friend on Facebook and Pinterest is obsessed with Kid Rock. (Yes, Kid Rock.) She spends her vacations on “Redneck Music” cruises (her phrase, not mine) and spams her timeline with shirtless Kid photos (*bleaches eyes*). While I question her sanity, I admire her chutzpah at being so out there with her OTT fangirling.

The very few times I’ve felt strongly enough (and brave enough) to post a David video on FB (where a lot of work peeps, including my boss, see my posts), only one, maybe two MAX, David friends like those posts. I suspect they’re not ready to be “outed” either.

Don’t get me wrong, I’m proud to be a David fan. Every album he’s released I’ve gifted to every good friend, family member and inlaw I can think of. But do I want these Muggles to know the extent of my fandom? NOOOOOOO!!!!!!!

If they ask if I’m on Twitter, I act as if I’ve never heard of it… “What is this birdsong term of which you speak?” … I turn 16 shades of red and go private until I know the Red Alert has cleared.

Is this a sign I should scale back as a fan? Maybe. I really don’t know. It’s not a choice at this point, tbh. Part of me enjoys being part of a “secret society” of like-minded people who share an exceptional taste in music. 🙂

As I told the customs official at the U.S.  border (on a trip to the Buffalo Kissmas Bash) who asked how Refnaf, Sunshine, Conditioner and I knew each other: “We all belong to the same music club.” 🙂

How about you guys?? Are you out of the proverbial closet? Half-way in? Or hiding in the back behind the coats?

This entry was posted in Fan experience and tagged David Archuleta made me do it. Bookmark the permalink.

37 Responses to How “out there” are you as a @DavidArchie fan?