i’m not trying to be cool here with all lowercase, it’s just that the caps key is possessed on this computer, grrr … since today is the anniversary of the release of begin., i thought i’d repost my original review to /a/ see if i still felt this way about it and /b/see if you guys still the same way about it that you did last august.

the one song i feel differently about is broken… i love it even more now… i listened to it in the car friday night in the dark, during a 7 hour drive, and my hubby, who was driving, actually cranked up the volume… it sounded that good… haunting really.

i find even more now that it stands out distinctly from the rest of the album. the style of it, the sound, the vibe, his voice, everything. please keep tapping into that motherlode, d.

I’m feeling overwhelmed at the moment. After the buildup of excitement for BEGIN., then staying up late last night to download it and listen to it, I got zero sleep because some of the lyrics and melodies kept running through my head.

What also kept running through my head was David’s last BTS vlog, telling us that he hoped this album would help us all understand why he made the decision to go on a mission… then he mentioned that again in the special OS note up above.

The fact that he even cared that we understood really touched me. Who does that? It’s his life, he doesn’t owe anyone any explanations, least of all us. And yet he wants us to “get” it, to feel where he’s coming from? Wow.

So even though I planned on simply basking in that voice when I listened to BEGIN. for the first time, I couldn’t help but listen with his plea for understanding in mind.

And as beautifully as David sings every single note on BEGIN., the overwhelming feeling I get from these songs is pain … the pain of going through some very tough times … and how to make sense of the world as you navigate through those struggles. Are these his struggles? Others’ lives he wants to help heal? Both? Neither?

I also get a feeling of hope, however. That we’re not alone in this. That we can get through it … with love. Love for yourself, one another, your Creator, humankind, and for music itself ….

I know, I know, I’m probably reading too much into it. But these passages about pain jumped out at me:

“Everyday is so wonderful … and suddenly, it’s hard to breathe
Now and then I get insecure… from all the pain… feel so ashamed”

There, David sings “I” but then switches to “We” in the next verse, “We are beautiful” (even though the original uses “I”) …

David, David, David, YOU, YOU, YOU are beautiful and someday you will sing the “I” in that song and really mean it! Not in an inflated-ego way (because I really don’t think that’s even in your DNA) but in an “I am a child of God therefore I am beautiful” way. Embrace your beauty inside and out, David. We sure do. 🙂

My guess as to why this song’s on the album? David’s mentioned in interviews that he learned how to sing runs from Christina Aguilera’s songs… repeating them over and over until they came naturally. I picture David singing this in his room. To his dog. And maybe it helped him feel a little better about the world. Or maybe it’s because his dog loved it.

Somewhere Only We Know

“I’m getting tired and I need somewhere to begin
… this could be the end of everything,
so why don’t we go somewhere only we know”

Doesn’t mention pain specifically here, but he’s tired. He needs somewhere to BEGIN. … We can all relate to this, I think. Go for it, David! (Love this track, btw, probably my favourite after Broken.)

Title says it all, doesn’t it?

And when his voice drops low on “well, hang on” I just about dropped to the floor. Especially love the background “Hold On”s … I want a track of that on a loop to help me get through tough days. (I’m serious.)

“I was taught to fight, taught to win
I never thought I could fail
No fight left or so it seems
I am a man whose dreams have all deserted
I’ve changed my face, I’ve changed my name
But no one wants you when you lose”

Lots of pain in this one. “No one wants you when you lose”? Ouch. I do love the two voices… I just wished we’d heard them together more. Hearing them separately made it seem as though hers was a “still small voice” telling David “Don’t Give Up.”

“So tired of the straight line … and everywhere you turn
there’s vultures and thieves at your back.”

*cough*Jive*cough* … Seriously though, I can’t help but wonder if David knew the original meaning of Sarah’s song (about a heroin addict)… doesn’t really matter because it ultimately tells you that when you’re at your darkest point, may you find comfort in the “arms of the angel.” Beautiful.

Hmm, he moved the “when pain is all around” verse to the beginning. Coincidence? I think not.

At the end, “All your dreams are on their way” I felt the hopefulness rising in his voice… “I will ease your mind.” Oh, the sobbing.

“Do you see what I see?
Do you feel what I feel?
It doesn’t matter until we see broken lives heal”

Even after hearing everything else, this is still my favourite track. Everything I gushed about in my last post still stands. It feels so him. Stunning. 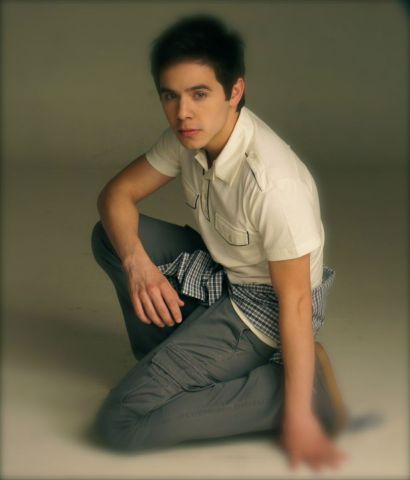 Besides Broken, I think this song, SOWT, EH and Pride are my favourite tracks on the album. Here, I really felt he was singing his way out of a dark place and trying to help others do the same.

… his “Don’t need to be afraid” felt like it was meant for both him and for us… to help us all stay true to who we are.

Really need to hear this live. He. Will. Kill. It.

I know U2 originally wrote this as a tribute to Martin Luther King, Jr., but I think it’s also an anthem for all those who take action on behalf of others “in the name of love” – selfless love, in its purest form. No need to guess why David included this one.

Be Still My Soul

Every time David sings BSMS, it’s new and different to me. But one constant is the way this particular verse hits me every time:

“Be still, my soul: the hour is hastening on
When we shall be forever with the Lord.
When disappointment, grief and fear are gone,
Sorrow forgot, love’s purest joys restored.
Be still, my soul: when change and tears are past
All safe and blessèd we shall meet at last.”

There’s something so powerful that wells up from him here that you can’t help but feel love and hope and comfort. It’s no wonder he ended with this.

Yes, David’s voice is more incredible than ever on this album and “Broken” is just, well, spectacular, what blindsides me most about BEGIN. is that it exists at all. That, instead of spending those last weeks with family and friends he won’t see for two years, he was recording all this. For us. For us.

And what BEGIN. says to me is that despite the pain and struggle, there is always hope. We’re not alone. There are times when you need to listen to your heart and regroup, keep the faith, and hopefully come back stronger than ever.

(Sorry about the rambling, btw, I’ll blame it on being sleep deprived! 🙂 )

How about you guys? Did these songs help you better understand David’s decision?

p.s. and how do you feel about the album a full year later?