Does it not look like he’s playing a harmonica here? 🙂

This weekend is Canadian Thanksgiving waaaaaay up here in the Great White North (not white yet, but give us a few weeks), coincidentally coinciding with the two year anniversary of David Archuleta’s “The Other Side of Down” album release. 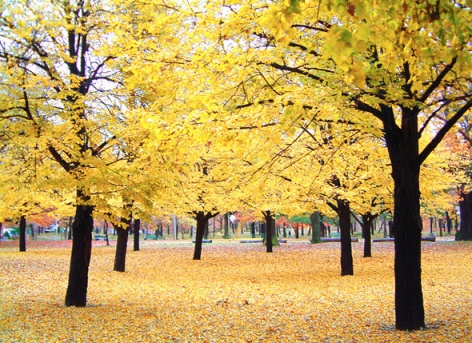 How fortuitous. Like many (hopefully most) of you, I am very very very thankful for TOSOD. Since David’s given us so much more music since then (live and on record), going back to listen to TOSOD now is like a taking a lovely trip back home to visit dear friends.

My very first listen of the album (I confess it was from those blasted leaked youTubes) was with the lovely Refnaf, KT and RamblingDA (Lorna). My instant top faves were TOSOD, Elevator, STR and MKOP. Even though I’ve come to love other songs, those are still my favourites. And when the ATE edition came out, I also loved Love Don’t Hate and Notice Me.

I’m still convinced that if stoooopid Jive had done their job properly and booked David on some live performances of those songs on prime time TV (which is where many of us discovered him, after all), he’d have had some hits from that awesome album. It’s weird to see random people on Twitter discovering those songs only now, better late than never I guess.

Anyway, back to Thanksgiving … I’m grateful for David, of course, and all the music he’s left us, but most of all I’d like to say a big huge thank you to everyone who’s reading this or who has ever dropped by, lurked, hovered, or taken the time to share your thoughts… I can’t tell you how grateful I am that I connected with such a fun, funny, fascinating, quirky, diverse, just-as-crazy-as-I-am-but-with-exquisite-taste-in-music bunch of people as you guys. Who’s in for a group hug?

I was trying to think that if I had to pick one David-related thing to be thankful for, what would it be and, wow, my list got really long. What I kept coming back to was that night I stumbled on him singing Shop Around… 1:54 minutes that changed my life.

How about you guys? What David-related thing/moment/event/perf. are you most grateful for?

Reasons why I love The Other Side Of Down (the song):

1) The lyrics are amazing. It’s hopeful, positive and uplifting, without sounding too cheesy.

2) He sounds super sexy in the song.

3) I love how he sounds so sexy AND optimistic at the same time. It’s like a “F*ck you life, I’m sexy and you’re not gonna knock me down that easily.” kind of thing.

4) It has an addictive bassline.

5) The backing vocals are cool. Especially in the chorus, at “other,” “stride,” “climbing,” “fighting,” and obviously the “down, down” parts, and also the bridge where he goes “the other side of down.”

6) His cute “one foot front of the other” dance when he performs this song live.

7) The acoustic version is ace.

9) The first time I heard this song live, we made him laugh because we were singing along and he went “you guys know this song!” Any interaction with David makes me happy. It is also a happy memory.

10) When he performed this at Avalon (in Singapore 2012), the fans were all singing along and it was the best 3 minutes of my life because I felt like the love we felt for him was mutual. And it was so so much fun. We even did the “hah!” for him and everything, and we knew all his rifts and all the little changes he does to the song when he performs it live that he had to come up with new ones.

11) It is a very non-fan-friendly song. All my friends who aren’t big fans of David love this song, and it makes me happy. I have friends who listen to very little english pop who actually like this song. A song with a good message that people love!

12) I love how it represents David so well, sexy and optimistic. (See point 3.)

13) It is David’s favourite song on the album, so I love it even more haha.

14) It was influenced by A Fine Frenzy and I fricking love her.

15) Sometimes it reminds me of how David had to fight (not literally FIGHT) to have this album the way he wanted it to be, and this song in particular makes me feel very proud of him.

Random story: TOSOD was one of the only previews I listened to from this album, other than SBL and Elevator. The first time I listened to it I loved it so much I fell off my chair and just laid on the floor like a fish out of water, as if I was having a seizure or something. It was scary and weird, but nevertheless a funny memory. Lol.

This entry was posted in Fan experience and tagged David Archuleta, magic moments, Shop Around, Thanksgiving. Bookmark the permalink.