“American Idol star David Archuleta is scheduled to arrive in Manila on Jan. 13 to do a primetime series for TV5 with homegrown Kapatid stars Jasmin Curtis Smith and Eula Caballero.”

Who is TV5? Currently the third-largest broadcasting network in the Philippines. According to InterAksyon.com:

“Archuleta’s joining TV5 comes from left field, however. The signing of an international star of Archuleta’s youth and talent, arguably in his prime, is bound to shake up the Philippine entertainment industry.” Full news story HERE.

(You didn’t think you were going to hear the news from David first, did you? 😆 )

Here are more deets from the amazing ninjas at Archuleta Philippines: 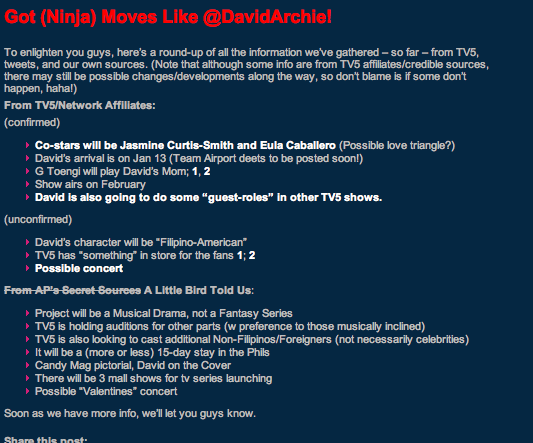 “Musical Drama” … so will this show be the Pinoy Glee? hmmm

…aaaand some tweets from Eula (@oheulacaballero):

I am so blessed. I’m sure working w/ @jascurtissmith and @DavidArchie will be such a challenge! I’m a fan of them both! 🙂

@urieldavid Yeaaa see you 🙂 We are so lucky to work with him!

@DavidArchie’s fans are so overwhelming. Yes everyone n TV5 will take care of him. Thankyou also for trusting us w/your angel.So blessed!:) 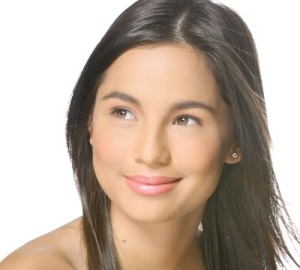 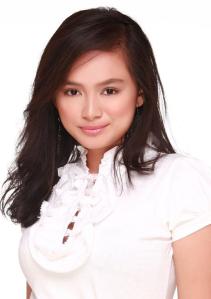 This entry was posted in david archuleta and tagged David Archuleta TV superstah. Bookmark the permalink.