Cracks of Heaven appreciation post from the lovely Taterzen 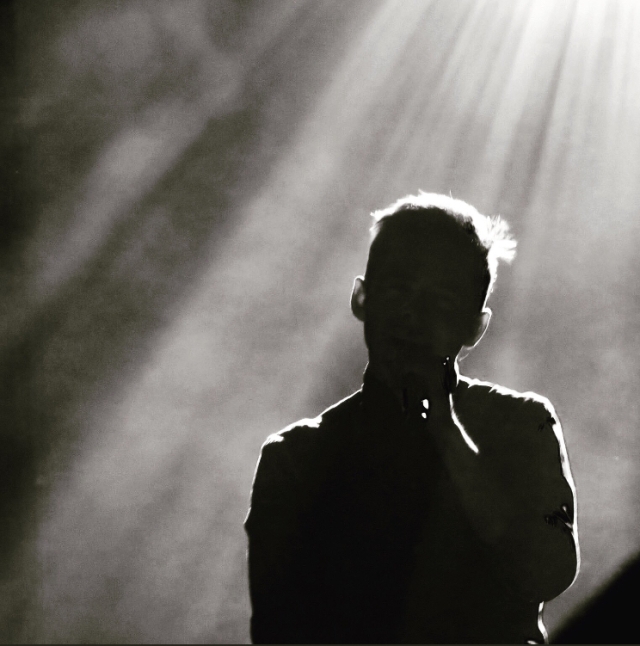 When David Archuleta’s album, “Postcards in the Sky” was finally released, I watched it download and then gobbled it up on the spot.

My intent was to savor each song, but I couldn’t play them fast enough.

Everything was so good, great, better than ever, beyond expectations; and my expectations were pretty high. When I heard “Cracks of Heaven,” I was caught a little off guard. It was the first track I revisited.

I must admit, it is not the song with the most plays now. That honor probably goes to the title track and “Shine a Light,” but not by much. Most often, I listen to all the songs in sequence, or choose one as “the song of the week” to see if I can hear something new. They all get a turn. They all deserve a turn.

So, why the “Cracks of Heaven” appreciation?

I determined to spend more time with her, almost daily near the end. I can only refer to that period as a blessing (and maybe my chance to make amends for those teen years when I thought my criticism and sarcastic repartee were the way to independence.)

Mom was calm about her impending passing; we talked of it often. Because of that, I felt prepared for her to leave, but when it happened… Well, I was completely slammed by a painful emptiness. My faith, and my firm belief that relationships extend beyond this life, did not exempt me from grief.

Musically and poetically, “Cracks of Heaven” describes it all—the loss, the loneliness, the wondering, the memories, the comfort, the acceptance. Granted, it is quite personal, but that is what music is to each of us.

In a recent interview, David said he did not write “Cracks of Heaven” about, or for, a particular person. He just felt that it was “a subject that should be discussed.” Considering David’s intuitive nature, and judging from the comments of others who love this song, he actually wrote it for a number of people.

The production bar was raised for David’s entire album. I think it persuaded him to dig into his bottomless bag of genius musical nuances in order to enhance the messages. The result certainly sustains the lyrics.

I thought this empty house would be more quiet
But I can hear your voice whisper loud
I close my eyes and it’s like
You’re still here with me
Without you I thought it would be a ghost town (ethereal background)
I was afraid that my heart would stop
It hurts from missing you
But what gets me through is knowing, knowing

Some specifics worthy of my unabashed appreciation:

• It starts softly—empty house, quiet, whisper. When we get to “you’re still here with me,” the “with me” is sung by two voices in close harmony.
• The reference to a “ghost town” includes a wordless obbligato floating through the background, not scary or creepy, just ethereal.
• There is an expressed fear that the loss might be too much to handle, but then comes the realization that not everything is completely gone, and we launch into a hopeful chorus (with me singing along).

• At the end of the first line, there is a distinctive broken chord. (I hear a G, F#, D.) Those same intervals are repeated at the end of the second line as David sings “I feel it.” It is also used after “never have to say goodbye” and “it doesn’t matter where I go.” The chorus is sung three times throughout, and my brain always hears a reassuring “I feel it” whenever that broken chord is used. And I do feel it.

• Have you noticed how David gets every possible ounce of beauty out of vowel sounds? He lands right in the center and coaxes them into full bloom. Listen to “memory” in the chorus. It is more like a prolonged mem-o-ry, with a little hesitation catch on that “o” to let us know it is important. I love how he can linger over a “memory” like that.

I’m just a stranger on a street that’s crowded
A thousand faces talking noise to me
Every day’s a fight
But it’ll be alright
‘Cause I know, I know

• The second verse and the bridge continue to move through the grieving process. Favorite lyrics: “A thousand faces talking noise to me.” Exactly! Just going through the motions, still sifting through memories

• At some benevolent point, the once dreaded reminders become welcome memories to be cherished. The cracks of heaven now provide comfort. The final chorus seems to express it. The words are the same, but it builds and changes, with musical elements added to the final five lines, a rousing finish almost demanding a “Hallelujah!”

(photo up top: Shelley, of course)