THIS SUMS UP HOW I FELT THROUGHOUT THE ENTIRE CONCERT!!!!! 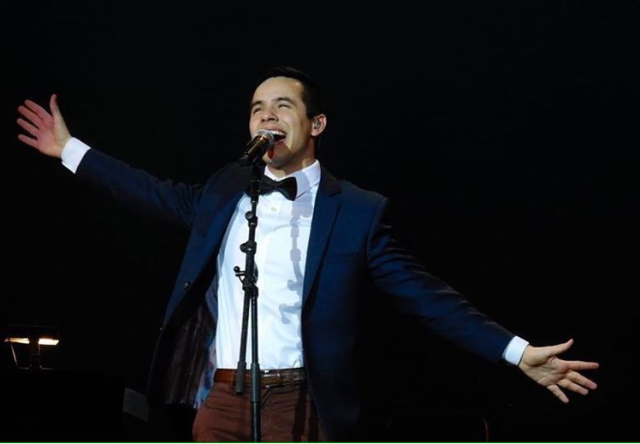 What else would David be doing while Nathan’s answering a Q&A but Googling a song that popped into his head after Nathan said “This is gonna be fun.” Answer: (as he played for us) a song from Hannah Montana. [oops, correction: It was from the Master of Disguise (starring Dana Carvey) soundtrack.]

We had a most wonderful time of the year in Indianapolis! 😉 thanks so much to everyone who helped get the word out about the show and for those who came! I love doing these shows! Christmas makes me happy. 🙂 here's to more! #indiana #indianapolis #concert #christmasconcert #

Grateful to work with such talented people @davidarchie & @nathan.pacheco.music. Check out their Christmas tour dates! 🎄

.
I will be more coherent when I get home (that’s the plan anyway, lol) but I just had to share real quick how amazing tonight’s Indy concert was.

Ya ya, I know, I always say that, but seriously, this show was off-the-charts amazing.

How can David keep sounding better? No clue. But he does.

His Ave Maria in VIP had me in tears two notes in. Not even kidding. It was incredible. If I’d gone home right after that I would have been perfectly happy. Unreal. Like an express train to Angel Gabriel’s cloud for a power hug. I was in the front row. How am I still breathing? I wanted to clutch my chest for the whole thing but, again, front row. Did not want The Archuleta to think I was having a stroke. I might’ve been.

.
And answering the VIP questions, he gave equal sincerity to naming his favourite Pokemon and their special bond, to sharing that if he could go back to any time period, he’d like to be in Jerusalem during Christ’s time, especially to see what he was like at David’s own age or younger… He us simultaneously 12 and 112.

Nathan is lovely and charming and so outgoing and personable that I think it took the pressure off David a little to share the show with him. And their voices do sound beautiful together.

I wish they would have done a Little Drummer Boy video (like The Prayer’s) to release this year… it ROCKED! When he casually strolled out after Nathan had begun the song, it took me back to his entrance to Apologize on Idol… still gives me chills.

I wasn’t going to post my faraway video but I didn’t see any other LDBs out there (and my audio’s not too shabby), so here you go:

You can’t tell from my pic but there was a crowd 2 and 3 deep at D’s merch table both before & after the show. Yes, I did elbow past everyone. 🙂

‘Twas awesome to see the lovely and amazing Jonerzz and Silverfox and SandyBeaches and FunnyGirl after all this time! And to meet fans I’ve never met before, like Spirit, Jane, Joy, Paula and so many others… not to mention a super-fun 9 hour road-trip (each way) with fellow Canucks Refnaf and her sis and Dangitdavid, who was meeting David for the very first time ever and seeing only her 2nd David show …SO sorry I missed you,emilylovesarchie!!! Was it not incredible?!!!!!

Such a great crowd, he felt the love, which always makes me happy.

White Christmas was a trip to Jupiter on a sleigh fuelled by champagne… make that sparkling cider. 🙂
.

Joy to the World dropped my jaw to the floor…unreal.
.

I guess what I’m trying to say is…get thee to a Christmas show!!!! 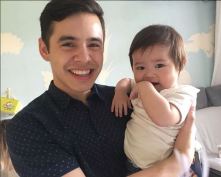 One of the most moving parts of the show was when David spoke at length about his visit to the Shanghai Baby Home and how that inspired him to partner with Holt International for his Christmas shows. He was choking back tears and so was I. At each of the Christmas shows there’ll be a table where you can ask for more information about supporting the cause or sponsoring a child.

Holt International provides the tools and resources to uplift children and strengthen families in some of the world’s most impoverished communities. Today, we maintain active partnerships and programs in 13 countries.

David said that fans are always asking what they can get for him but he said, “If you really want to do something for me, support these kids” … I know I will.

And I had planned to shake both their hands and introduce myself when I walked up. You know, like a polite, well-mannered person would do in that situation. But no.

Having two of them standing there was clearly more than my pea-brain could compute so I waved my hands wildly at both of them simultaneously while shouting, “Hey guys!”  Like I was on their bowling team and just got there to take my shot. Sheesh.

p.p.s
Some videos from the lovely & amazing myheartsong!!!!
.

BAHAHAHA... Robin managed to catch my reaction to Ave Maria at the beginning of this video… it may look like I’m super-excited to hear LDB (which I was, of course 🙂 ) but I was reacting to David’s phenomenal Ave Maria, truth be told… Nathan had come out after it and said, “Is that not the most beautiful thing you’ve ever heard” … and then I had to wait for David to turn around before freaking out. hahahaha. Good times.

@pabuckie here’s part 1 of D’s instagram story! (part 2 was the one I already posted) pic.twitter.com/LVvhDcbKEH

@pabuckie and, finally, part 5! he’s a changed man!! lol. sorry i was too lazy to merge them all into 1 video :p pic.twitter.com/kYZd0iQRpm

.
This one still cracks me up.

The “stache” looks good on you, @DavidArchie !! 😂Love your IG stories!! And Happy Workout! pic.twitter.com/Z9sCiCHv4A