“This week we finished the Military Tribute Tour. We went back to Kuwait for 3 shows, and then did our last show on the tour in Djibouti. It was a bittersweet experience having it come to an end, but it made such an impact on me.” 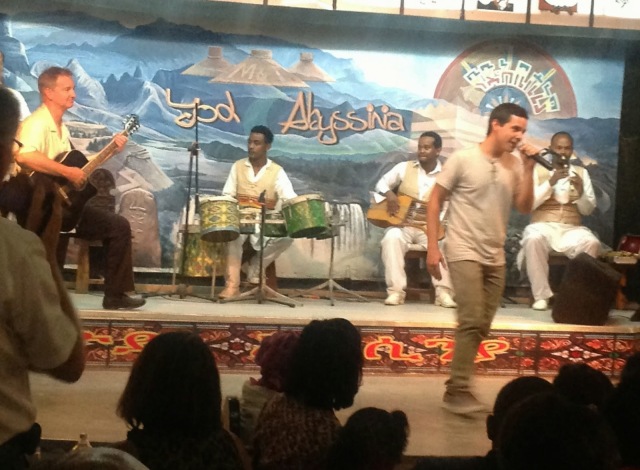 But this latest blog is all kinds of awesome….

“I am continually amazed at Dean’s wit, his genius on the piano, his spirit which pretty much can barely be held inside the bounds of his physical body.”

“And David, he is a most wonderful gift to our earth. His spirit is great, his heart is pure, his example something I wish I could emulate.”

“The spirit was there, the feeling of love and respect was strong, as we heard testimonies from those of many faiths. What an experience!”

“Encouraged by some to take the stage, as audience members are to run up and put money in the shirts of the dancers, I hesitated too long and never got my chance. It wasn’t meant to be. But next came a real special moment, when the restaurant owner approached our table and begged David to sing….

“David tried to let them know he wasn’t prepared and was embarrassed, but not in a jerky way, just in a ‘who told them I could sing?’ kind of way. After enough prodding he took the stage. Dean brought his guitar in case he’d have a chance to play with the band. When introduced the crowd kind of took notice and clapped a little, but once he laid into the first line of ‘Stand By Me’ with ‘When the night has come’, there was a collective gasp and everyone reached for their phones to record it. [WE ARE WAITING PATIENTLY PEOPLE!!!!!!!]

“With the flutes and drumbeats, and whatever other instruments were on stage, backing Dean and David’s performance, this was something most unique to witness. The cheers following the song lead to him throwing down REM’s, ‘Everybody Hurts’ to which the audience chanted ‘ONE MORE! ONE MORE!’ upon his finish.

“Turning red from embarrassment we returned to our seats to sit back down and then came the flood. The whole room seemed to converge on David like a swarm of flies to a recent kill. We had to flank him with our people as we rushed him out of the place for his own safety. One guy grabbed David, in a headlock for a picture, Dan and I ripped the guy’s arm off David and yelled, “Hey, NO Touch!” It got scary quick. [I imagine David saying: ‘Where’s that bomb-suit when you need it?!?!’]

“And that was our night.

“As we drove away people were taking pictures of the van, looking in, it was like the Beatles but wrapped in one person. To scare them off I did my Raptor face out the window, which did scare a few people.”

And most of all this:

“Upon our return to our homes, I feel a greater peace than I’ve ever felt. The peace that only comes when you have done something for the right reason, for the service and love of others.” (Read whole blog HERE.)

How about you guys?? What are your thoughts about this tour? (And please do share, I’m getting so bored with my own words, lol.) 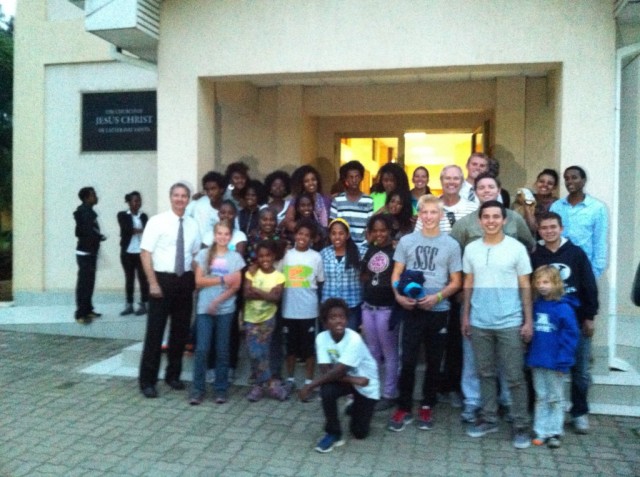 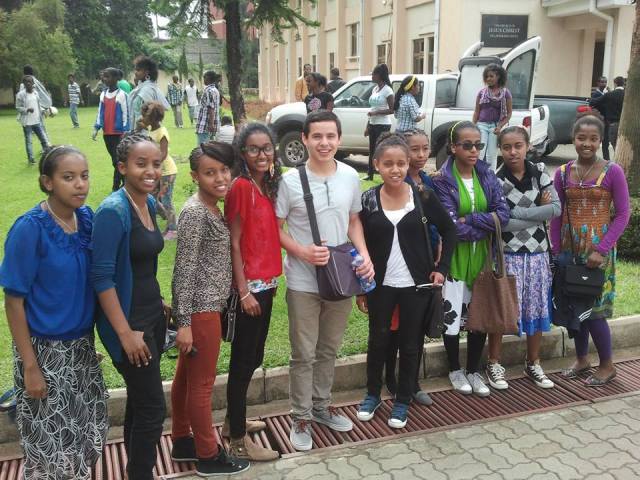 This entry was posted in Fan experience and tagged David Archuleta tours bettah. Bookmark the permalink.