In praise of vinyl: Girl, put your records onnnn 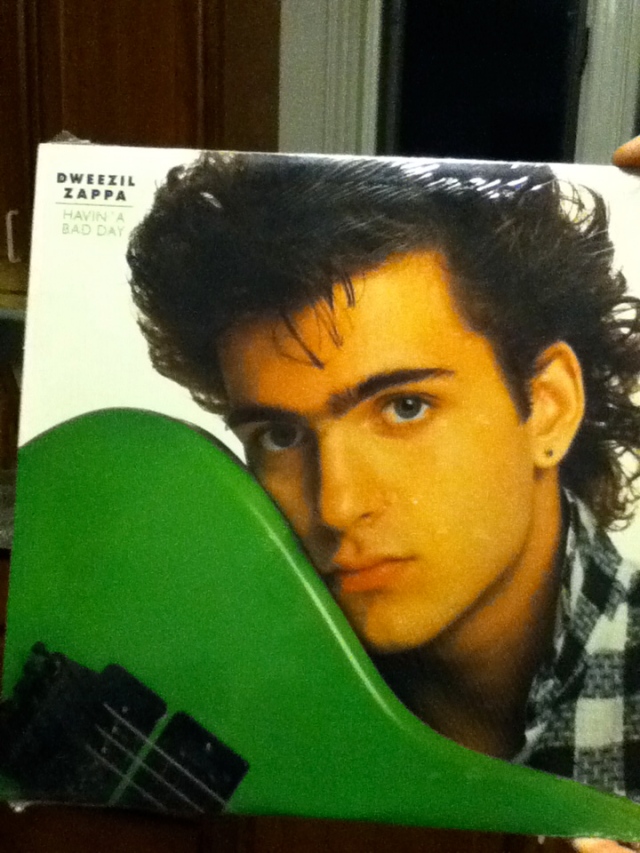 You can learn a lot about a person by browsing through their book collection… or box of old LPs. I came across the gem up top this weekend at a relative’s place. They also had a beautiful old-style stereo system, and while I didn’t play this album (sorry, Dweezil), I had a blast playing everything from early Frank Sinatra to George Benson to a live recording of La Traviata.

It reminded me how rich and full music sounds on a record player. It’s no wonder a lot of audiophiles are buying them again (and not just for DJing at clubs). And why artists like The Civil Wars, Adele and Mumford and Sons are releasing vinyl versions of their albums.

To me it’s like the difference between watching a movie on your computer and watching it in a theatre. CDs and digital files are cheaper and more convenient but we do lose out on the luscious sound you can get on record.

I actually googled it and apparently it’s because a digital recording doesn’t capture the complete sound wave, “the waveforms from a vinyl recording can be much more accurate, and that can be heard in the richness of the sound.” Bingo. Even if you don’t know the science behind it, you sure can hear it.

As I listened to Louis Armstrong and Luciano Pavarotti and others this weekend (scratches and all), it made me hope that David releases a vinyl record someday. Maybe that’s the only way to capture the magic of his voice live … of course I’d have to do something I never thought I would ever again… buy a turntable.

How about you guys, what music have you been listening to lately?

This entry was posted in Fan experience and tagged David Archuleta, Dweezil Zappa. Bookmark the permalink.

6 Responses to In praise of vinyl: Girl, put your records onnnn