Script leaks for the Up All Night music video (not really) 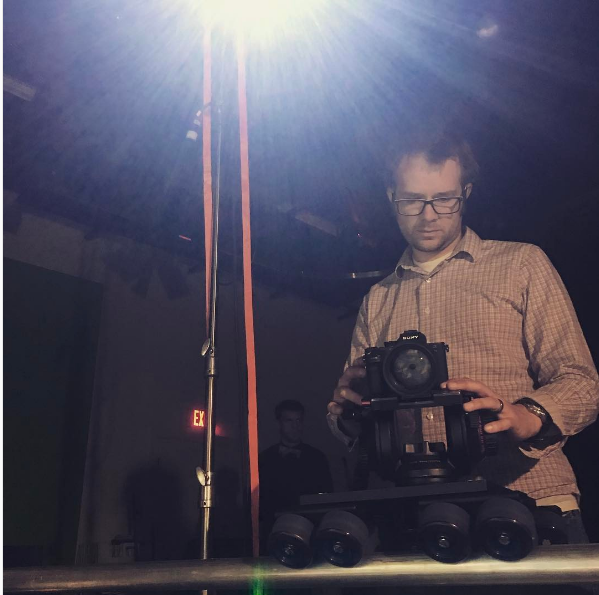 Today, David was kind enough to post this shot of his music video shoot for Up All Night.

Most fortunately, our intrepid, yet imaginary, SAz investigative team was able to get its non-existent hands on this leaked copy of the video script.

The camera zooms in across the green rolling hills of Tennessee to show a hesitant David Archuleta standing outside the front door of a farmhouse set far back from the road.

He knocks and knocks but no one seems to be home.

Music plays softly in the distance.

David is welcomed in with open arms by a local farmer, his wife, 16 kids, 3 dogs, four geese and a partridge in a pear tree ….

David is visibly moved by the warm reception but hides his feelings well.

The camera follows David and the friendly family outside where they frolic and hike and play in harmony with nature and faraway from cellphone towers and strangers who he’s never met but are strangely named Mrs. Archuleta.

The family takes David to their private creek and shares their favourite pastime with him… frog hunting.

“I most furiously object to the content of this most egregious video and file a formal complaint with the SPCA, AMA, and the FFEF (Friends of Froggies Everywhere Foundation).”

After 37 frogs are thrown back into the creek, David takes a peaceful moonlight walk.

The scene fades to black then time shifts to several hours later and we see David back at home.

We see David returning to the farm house the next day. The sun is shining, the trees are glistening with dew and David’s hair has grown quite a bit overnight so he looks like an anime character.

Faint cheering is heard off in the distance.

The lovely family runs outside to meet David and drags him off to the creek for more frog hunting.

After their adventures by the creek, they give David a special gift. Something to add to his fake green plant collection.

It’s far too generous, he feels, so he tells them he can’t possibly accept it.

This does not go over well.

David thinks it best to accept the gift after all. I mean, you can’t have too many fake green plants, right?

All the emotions of the day catch up with David that night, however, and he struggles to get to sleep.

So many thoughts, so many emotions… should I have taken that last chicken wing?

Does Orion, the hunter constellation, quench his thirst from the Big Dipper? Or is he more of a Little Dipper smoothie kind of guy??

And it doesn’t help that it’s a blazing heat wave….

The scene fades out then fades back in the next day…

David’s made peace with all his profound pondering and decides to write a song about his experience.

He tells the family and the news is met with an unexpected reaction.

But then he sings the song to them and they fall under the spell of The Archuleta. ‘Natch.

On the way home, David decides to help out a lonely soul at the side of the road who’d run out of gas.

As the credits roll, we all learn a lesson about what matters most in life.  Love thy neighbour as thyself.

This entry was posted in Utter nonsense. Bookmark the permalink.