Paint it over if your world is grey. (Source: skylinedesigner/Tumblr)

I found these recent tweets from the amazing videographer @muldur (8throwcenter) really interesting:

“Have two videos that never die. The most consistently watched on an ongoing basis. Curious about what draws the views. … I think it’s David talking. A Thousand Miles from York PA gets 20 to 30 views/day 9 months later.”

I know that some of my favourite concert mp3s of David songs (all the Invisible Children songs, EWTRTW and WFM from MB) include intros that I might want to skip over if it were another artist, but not with David.

I imagine David would never believe videos that include him talking (such as the epic “extra credit” series 🙂 ) would get as many, or more, views as the song-only vids. Sorry, Mr. David “I’m not good at talking” Archuleta … your ramblings are clearly a big part of your charm, so don’t get any crazy ideas about cutting them short any time soon.

Why do you think those two vids (out of all the amazing 8throwcenter youTubes) get so many hits? Do you skip the talking part … or replay it? 🙂 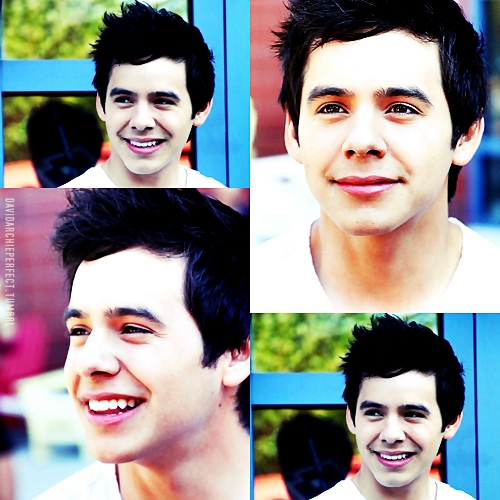 I was blessed to be at the York, PA, show, and when the local radio guy came out to introduce David, he said something like, “He was rehearsing a new song earlier that blew us away …you’re going to see a David Archuleta you’ve never seen before.”

We fans looked at each other mouthing silent screams. New music? What???? Did this guy not know that saying the words “new song” to a group of die-hard David fans is like screaming “FIRE!” in a dynamite factory???

When David sat down at the keyboard for ATM and I could see from where I was standing that the radio guy and a whole crowd of other backstage people were gathering in the wings to watch that one song, I figured out what he meant by “new song” and “a David Archuleta you’ve never seen before.”

He obviously only knew Idol and “Crush” David and seeing him play the piano and belt out ATM didn’t fit with the bubblegum teen pop image they (wrongly) associated with David.

I also think the crowd gathered to listen because they could feel how “right” that song felt coming from David … how well it suited his voice and showcased the soulful heart of his true sound.

I know David says he’s taking a “break” to find his sound … but I truly believe it’s there already …  I’m thinking it’s more that he’s now developing and tapping into that vein of pure soulful gold that we all know and love from him. What do you guys think? New sound? Or true sound?

“During the 2008 season of American Idol, I favored the Cook of the Davids. When he won, I cut out news articles, was prone to random outbursts of joy, and (may or may not have) bragged to all my friends. In fact, I have a yellowed newspaper clipping on my bedroom wall even now, along with the dusty ghost of “David Cook, American Idol ’08” written on my chalkboard (yes, still). But recently, I’ve been not-so-secretly obsessing over David Archuleta. His lyrics are simple, yet meaningful, always uplifting, and sometimes spiritual. The perfect formula for some summer jams.

“As I happily allow my Archuleta addiction to run it’s course, I have been toting my iPod – complete with both of David’s CDs – around wherever I go. I’ve plugged my old, 1980’s cassette adapter (that is miraculously compatible with Apple products) into my car to blast David on the way to and from work, which is a 30-minute commute each way. I listen on the way to visit friends, dentist appointments, running errands, Half Price Books trips. Everywhere. I haven’t really listened to the actual radio in what seems weeks. When I do turn it on, I don’t recognize some of the songs, which is a rare occurrence for me. It’s been a while since I haven’t been up to date with the Top 40.

“Big deal, you say. Why is a David Archuleta obsession blog-worthy?

“Okay, I’ll level with you. In some ways, it’s not. Everyone has their favorite artists, everyone goes through phases of musical addiction. This happens to be one of mine. Now that that’s out in the open, I’ll tell you why you’re not wasting your time reading this…

“The reason this is blog-worthy, the ‘moral of the story’ if you will, is the difference listening to David’s music has made in my life. His music is so pure, so uplifting, so wholesome, that I have found its echoes in my day-to-day life. I am happier, yes, but also more willing to share my happiness. I am more willing to forgive, more able to see the bright side. Life seems more livable. And now, when I do turn on the radio, I am slightly appalled by the material permitted to stream through the airwaves and into my car’s speakers. I find myself switching channels continuously, as every other song played is offensive in some way, which is frustrating enough that the radio is off and David back on within minutes.”

Read the whole post HERE.
(Thanks, @pabuckie for tweeting the link!)

This entry was posted in Fan experience and tagged he's got that pressure that David Archuleta. Bookmark the permalink.