Riches in Richland: The lovely and amazing Awestruck’s recap 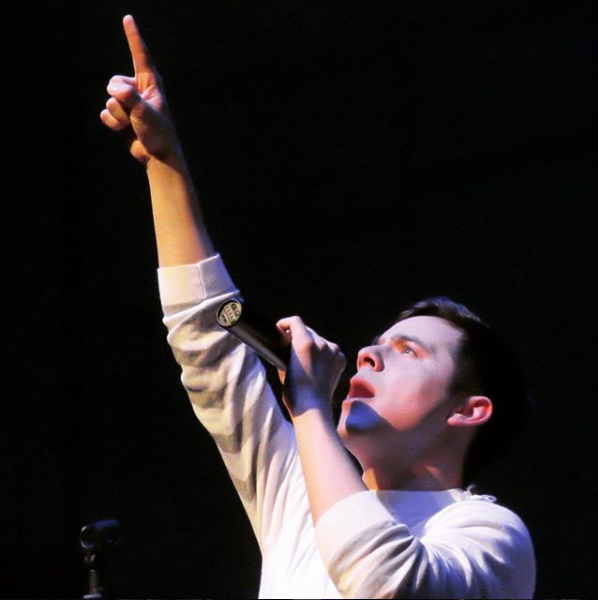 Hubby said to me, after each of the shows we saw in Washington State: “This is the best concert David’s had!”

How does he keep re-inventing the same concert on tour, making it different each time, with his voice, his words, and his joy in his music and his Light?

Light because he makes me smile when I see him, cry when I hear him sing, remain attentive to his stories…

What we all know from attending a concert live or virtually is that David has found his way – and it shows!

His comfort level is apparent from his body language to his now “polished” (hubby again) rambling. His emotion within a song has reached a new level – how this happened was totally unexpected by me, I could never have imagined it possible. I think it is because he is allowing himself to share his messages/stories with the audience with complete honesty and openness.

The Richmond VIP (of about 35 people) was composed of mostly first timers, which was awesome – most of which had not seen David live before (I asked a lot of people this question, lol).

Yes, he is going to do a Christian/Faith Base/Gospel album – in answer to my question. (!!!!!) When asked about the background of Cracks of Heaven and why he doesn’t sing it in concert – David replied that it was written about the stages a person goes through when they lose someone – he did not give a personal example – and also said that there are 16 songs on the album and he couldn’t possibly sing them all…

Here are a couple of beautifulsoulxxx’s VIP videos (thank you!!!):

Richland was electric! I have no new adjective with which to describe the way David sings.

The audience at this sold-out, 1,400-seat auditorium showed David some LOVE, let me tell you! Clapping, dancing, singing, cell-phone-light waving, arm/body swaying, cheering, quiet as church mice during Story Time… appreciative in all ways possible throughout the show as David wove a spell over everyone.

He brilliantly encored with Glorious and Crush. High-fiving his way back and forth across the stage until he finally left the stage – after 2 solid hours of giving ALL of himself.

I am so glad I encouraged this young gal seated in front of us to go stand right up at the stage during Crush. The joy on her face after he touched her hand was priceless. 🙂

I AM truly IN AWE of this young man.

Hubby and I took the opportunity to talk with Desmond (bass), Jay (drums) and Nick (guitar) after the show.

We told them that they were grooving along with David (at one point they were all doing the same side-to-side step together and the crowd went wild!) and that he seemed to really respond to their energy.

We thanked them for supporting David. Comments back were: “David is fun to work with,” “We are here to support David,” “We need a choreographer,” 🙂 “His voice is the purest I’ve ever worked with,” “He wants to tell his story and is happy when people take inspiration from them,” “He is honest and real”… very cool to get their perspective.

p.p.s.
Full disclosure: The picture up top isn’t from Richland, it’s Shelley’s from Mesa but I just think it’s an awesome shot! 🙂

p.p.s.s.
Deb here… just had to share that I put a clip of Aiming for Hope (from Olympia) on Instagram and a friend of mine from “real life” 🙂 commented: “I remember this guy from Idol. He can really sing. Pure talent” ❤ ❤ ❤
.
Aaaaaaand… who’s excited for this song/video???!!! … featuring my fave of his shoes! 🙂

11 Responses to Riches in Richland: The lovely and amazing Awestruck’s recap