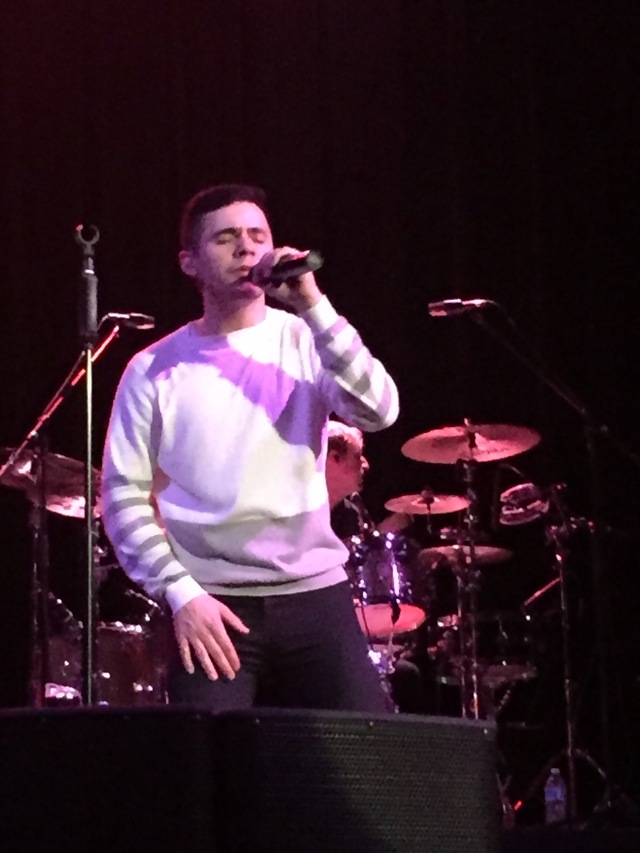 i am truly an emotional wreck right now.

“Take a step, even when you fall it ain’t over yet. If you’re in the crossfire don’t forget, that you don’t have to be #invincible .” I have a tendency to give up on things. The feelings of not being good enough or simply being unmotivated have kept me laying in bed all day before. I’ve wanted to give up on school, on my career, on trying new things, and on myself a lot. It’s a battle that seems to not go away. I’ve also had to battle with an addictive personality. I’ve lost control to food, to video games, to anger, holding grudges, to pornography, fetishes, abuse and being manipulated (It’s a strong emotion that yes you can get addicted to and latch onto craving—even seeking after it) self-pity, excuse-seeking, and overall negative thinking. To social media, and yes, music. 🤯 You may not think all of these things are bad, but all of these things I have at some point lost self-control. But you know what? I keep trying. Through prayer and crying out to God, having family and close friends listen to me when I feel helpless and feel like giving up. They walk alongside me, cry with me, and help me get back on my feet when I’m lying on the ground. They’ve inspired me to become more than I thought I was. God knows we’re not perfect. He knows our bodies and minds provide us with plenty of weaknesses. But rather than letting them get the best of us, let us become stronger through them. “Therefore I take pleasure in infirmities, in reproaches, in necessities, in persecutions, in distresses for Christ’s sake: for when I am weak, then am I strong.” – 2 Cor 12:10 I get discouraged. I get frustrated. I get distracted. I get lazy. I get angry. I get moody. I get suspicious of others’ intentions. I get lonely. But the more I go through it all I can look back and say “I got through it.. I fought through.” And that’s what matters. A moment of hope and inspiration also shines in the darkness. If you’ve felt like giving up, feel like a failure, feel like you’ve lost self-control, like you’re not good enough.. Know you’re not alone, and in your weakness you can be made strong. We weren’t designed to live perfectly, but we were designed to keep trying and overcome. 💪 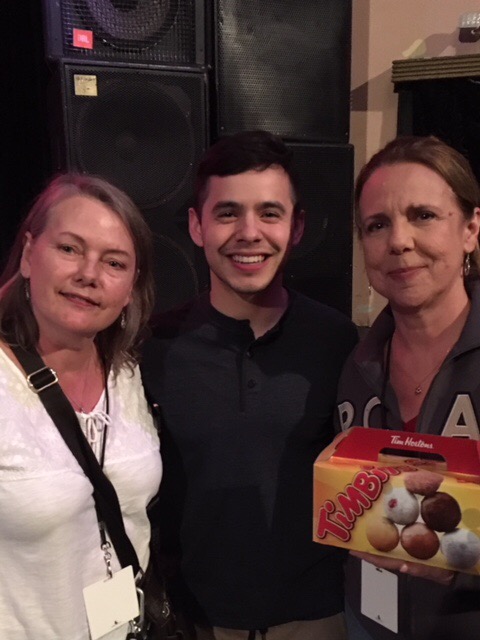 ‪Just finished my show in Olympia at the Capitol Theater! So fun! Here's a clip from tonight singing "I Can Only Imagine" by @themercyme. For those who came, what stood out to you? Next up a sold-out show in Seattle on Friday with the Ensign Symphony and Chorus! #DavidArchieTour2018 ‬

I couldn’t Peri but took as many videos as I could tonight… it really was a very special night.

Be sure to read the descriptions, they are the closest I’ll get to a recap rn… WAY too many emotions…
To be continued…..

okay, i’ve had 24 hours to think about things… took David’s wise advice and spent some quality time in the beautiful Washington State nature… and here’s how I recall last night.

Stage 1: Super excitement for the VIP and show.

Stage 2: (after reading David’s insta post) super terror for the VIP and show

Stage 3: holding myself back from giving him the hugest hug in the universe at the VIP and show.

I don’t know if it was his manly scruff, or what, but when David walked out at VIP, I swear he looked 10 years older … so 26 😂 … I kid! I did think he looked and seemed older. In a good way.

He was chill and laid back and answered all the vip questions thoughtfully, as always. I asked about the Christmas album, how it would differ from CFTH (which I still love) and he said this one wouldn’t be as orchestrated but it would have some strings, and he’s recording them next week. And he’s written several original songs for it. 🙌🏼 🙌🏼🙌🏼

A couple of people asked about his songwriting… what is his process? (he said melody comes first to him) and what was the first song he ever wrote (Falling) and what instruments he played (he said piano, used to play guitar but he’s forgotten 😢).

He was asked for advice on stage fright and how to pursue a career in inspirational music. Oh and he sang a lovely happy birthday to several people.

He thought one girl put up her hand when he asked who else had a birthday and she said, “If you sing to me, it can be my birthday.” 😂

Come picture time it was fun to watch him do some crazy poses and dance moves with some of the girls. And when Ref and I went up we told him we didn’t need a picture, we were just there to support him, but he said, “You came all this way so why not get a picture,” so we basically leapt in front of the camera… when The Archuleta tells you to get a picture, you get a picture.

We took it with the well-travelled TimBits we brought him. 😂 And it’s probably my favourite vip pic… go figure.

The show itself was also one of my favourites to date. I felt so connected to each song… in the moment, “present” if that makes sense… and REALLY felt David expressing the meaning of every song… the acoustics of this place were incredible… if my little phone can take videos that sound that good you KNOW the acoustics were amazing.

A few times during the show I just sat back and marvelled at the gorgeous sound and tone of David’s voice and just soaked in every buttery note.

Love love LOVED this crowd! All ages, lots of gorgeous girls and guys. In fact one guy screamed out that David should’ve won Idol and he said thanks but that Cook was a great guy and now a Tennessee neighbour. 😍

Aiming for Hope and If I Could Only Imagine brought me to tears… and I was definitely not the only one.

And when David introduced those songs, you could literally hear a pin drop… complete and utter focus on his every word… not a rustle, not a cough…I literally think people were holding their breath, they were THAT captivated.

Other times, he was moving, he was grooving… if you can only watch one video, watch Someone to Love… he was in the ZONE! Soooooooo good. Soulful gahroovitude, as the lovely and amazing Beebs used to say. What my video didn’t capture was David, Desmond and Jay smiling and nodding and thumbs-upping each other afterwards because they knew how amazing it was.

I stood back a bit during Crush to catch the stampede towards the stage… so awesome… one girl literally almost pulled David off the stage and then proceeded to have a full on meltdown in front of me from the excitement of touching his hand…’‘‘twas awesome 😂.

i just love seeing all that love thrown his way. He deserves each and every morsel of it. (You DO, David, you DO!!!)

i just reread the insta post and I feel like the David I saw let loose on stage last night had a weight lifted off his shoulders. Or maybe not off his shoulders but from under his feet … where it was shaped like a giant pedestal.

All I know is that I couldn’t be prouder to be a fan of this very human being.

18 Responses to Olympia, words fail me