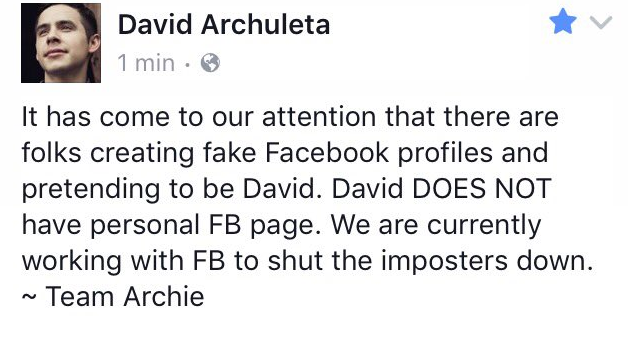 It looks as though this post was removed from David’s FB. (Probably because it sparked a whole thread of comments from peeps who thought it meant that David’s official FB was fake… what the heck is WRONG with people??)

So, as a public service, here are some helpful tips on how to spot a fake Archie page.

They spell Archuleta with two “T”s … Prefaced by “Mrs.” 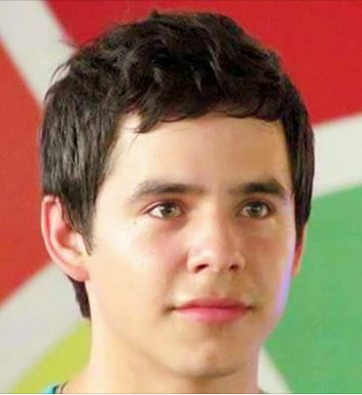 His wings are missing. 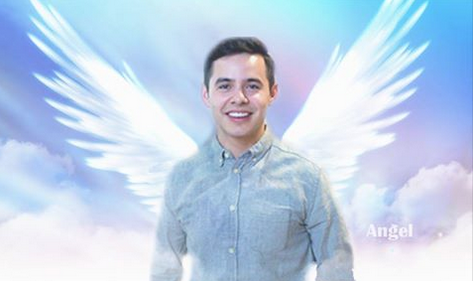 The bandsintown.com notice is for Toronto. 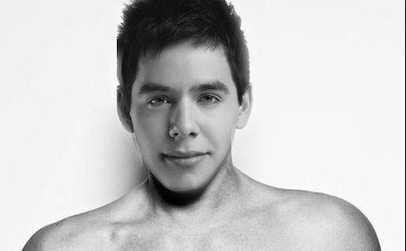 He asks for your number so he can text you. 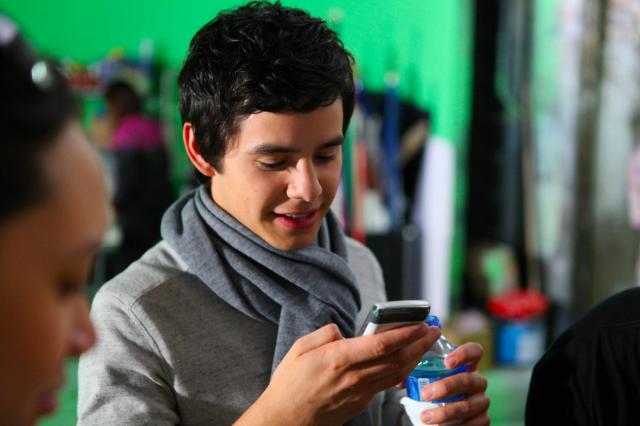 His version of Crush sounds a little different. 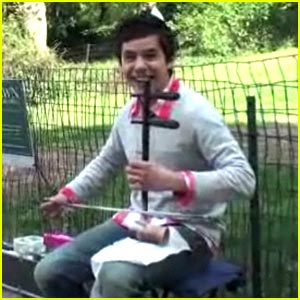 He says his album’s coming out tomorrow.

How about you guys? What do you think the signs would be?
.
p.s.
Beautiful!

Interesting interview with Shawn Mendes (who grew up just east of my old neighbourhood) … “You have to be careful not to make music something you don’t want to do,” he says.

I stumbled *cough*creeped*cough* on this convo… is it not the cutest thing ever? (And don’t worry, I didn’t bud in with my own tweet and weird them out, I’m sure this will soon be happening A LOT! 🙂 ) 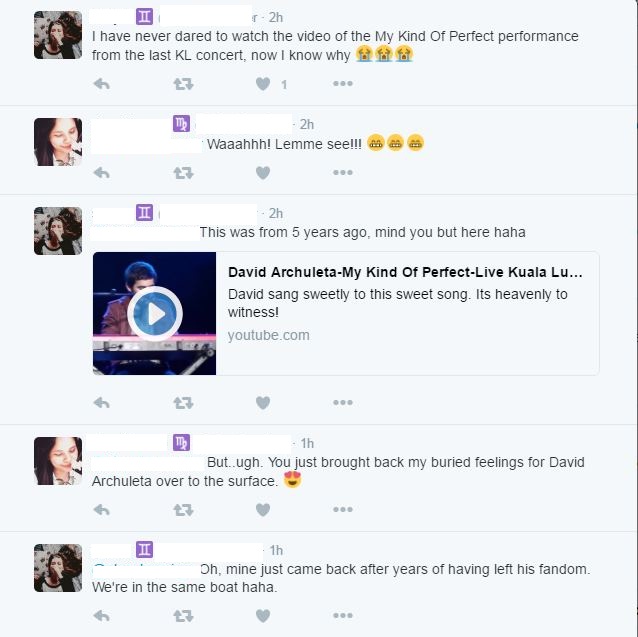 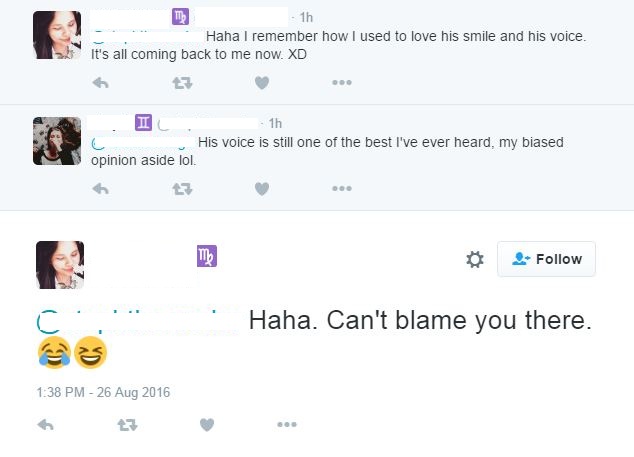 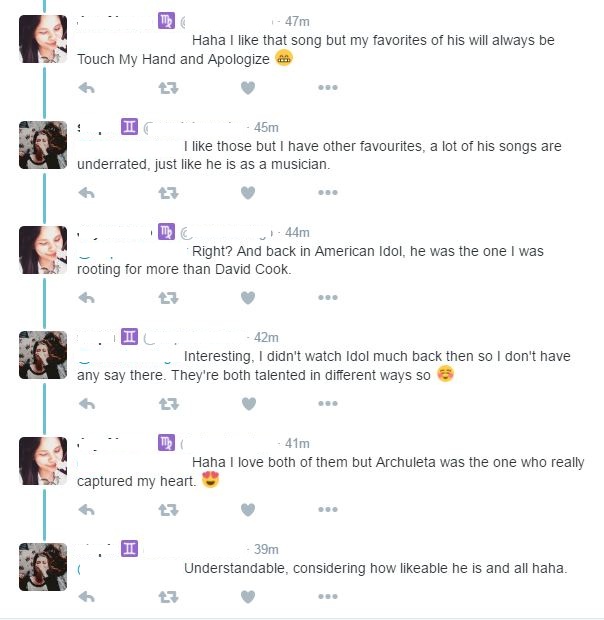 And this is the video that started their convo: 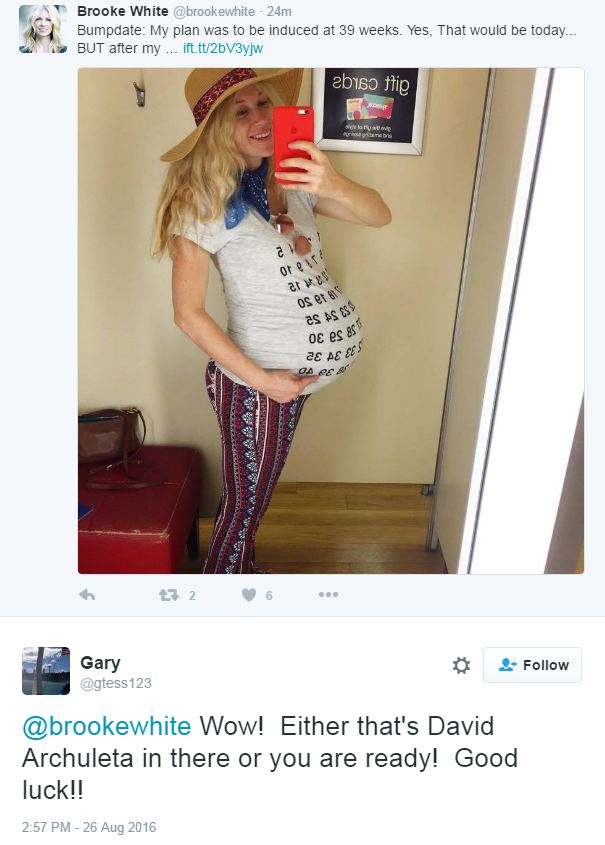 This entry was posted in Utter nonsense. Bookmark the permalink.