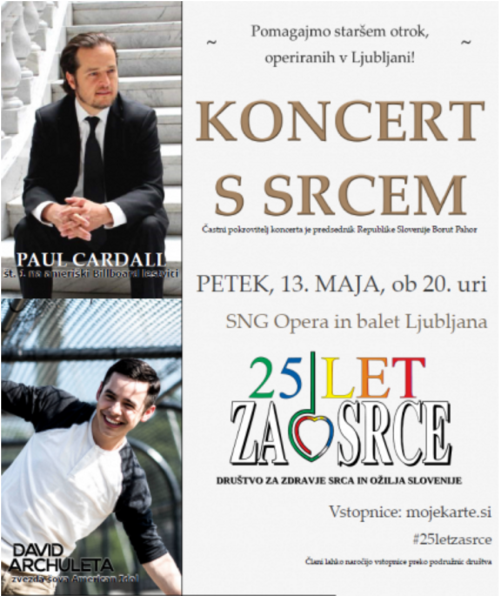 Hello and welcome to all Slovenian fans attending David Archuleta’s performance on Friday.

How big a deal is David in the States? Well, just take a look at this: 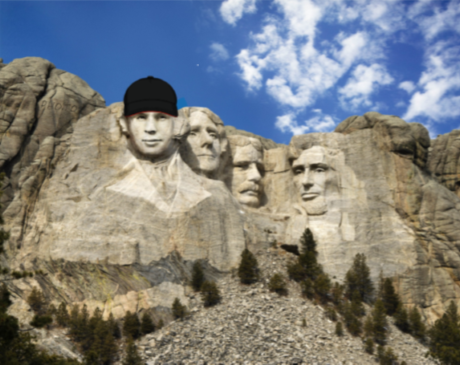 Yes, he is quite a big deal.

And since it’s David’s first time in your beautiful country, I thought I’d help you out and give you some tips on what goes on at a David show, along with translations for some VERY useful phrases.

#1) Make sure to shout this out at the top of your lungs every single time he pauses to regain his train of thought… or just anytime really:

#2) When it’s a particularly dramatic moment, especially if David walks over to sit at the piano, scream out:

#3) For men with deep Slovenian voices only: If he sings any Christina Aguilera song, belt out:

(it actually does mean “One more song!”) 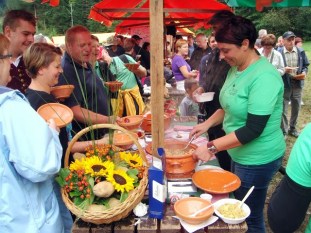 #5) And Mr. Archuleta loves his food and is very sad he can’t be there in September for your World Festival of Roasted Potatoes (this is actually a thing over there) … so you will make him feel welcomed and part of the Slovenian gang if you toss a few roasted potatoes up on stage. Trust me, it’s a long-standing fan tradition.

Now you lucky Slovenian peeps have a blast at the show! Hopefully he’ll sing “Simpatij” … Crush.

I just landed in Croatia. I'm here for a quick 6 days performing with @davidarchie and Paul Cardall for the Slovenian Heart Foundation, and the Adriatic North Mission of the #mormon church. This gorgeous park has been on my bucket list for four years now. It was completely unexpected to get off my last plane and have the opportunity to go directly upon arrival. I was in heaven! This is one of the most beautiful places on earth. Every corner I turned just got better and better. And we had it all to ourselves! I couldn't have asked for a better present from wonderful President Grant and his sweet wife and daughter! #luckyme #godisgood #musictakesmeeverywhere #missionarywork #musicmakesmehappy

Dropped our bags after 20 hours of flying and we were off to see some of the sights! Here we are at Plitvice Waterfalls. Must have been about 4 miles up, down and around them! And they said we only saw 10% of it!!!! 😳 #blessed #croatia #plitvicewaterfall #tied #sleepytime

Arrived in Croatia today. We visited Plitvice Lakes which was unbelievable. Walkways that take you to all kinds of stunning views. This was just one of the many waterfalls we came upon. We'll be headed off to Slovenia for a show there this Friday with Paul Cardall, then onto Serbia and back to Croatia for some more performances. They've fit some sightseeing time for us here so I'll be sharing some more on the purpose behind the shows along with more of the places we see! #Croatia #PlitviceLakes #Waterfalls

In Slovenia today. We have a show in Ljubljana, Slovenia tomorrow at the Ljubljana Opera House. The Church of Jesus Christ of Latter-Day Saints is partnering with the Slovenian Heart Organization to raise money for children's needs with heart conditions here. The LDS church's Adriatic North Mission invited me to be a part of it along with pianist Paul Cardall. Will we see any of you there??? Here is a picture from this morning visiting Bled Island at Lake Bled. 😍 📸: Kari Sellards #Slovenia #lakebled #bledisland #SlovenianHeartOrganization #AdriaticNorthMission

And I’d know those hands and that white hoodie track jacket thingie anywhere. 🙂

Just a little PadThai and Ramen in Ljubljana! Why not?!

David rehearsing! Oh, please let there be Periscopes, videos… anything!!!!

.
More rehearsing! With singing! I bet some of those classical musicians have never heard of David and must’ve thought, “Who the heck is this kid in the cap?” mwahaha … 20 hours of travelling would not be easy on his voice but he sounds… how you say? Glorious? (sorry, couldn’t resist 🙂 )

Just wrapped up a dress-rehearsal for tomorrow's show in Slovenia. And I caught this earlier when David Archuleta was practicing this local Utah classic composed by Stephanie Mabey.

.
p.p.s.s.
Listen carefully and you’ll hear where David lives! But sorry, stalkers, he saw this and high-tailed it to Slovenia, Croatia and Serbia, as one does.