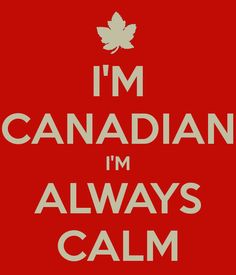 As you probably know, David Archuleta’s next Time Out for Women appearance will be May 6 in Lethbridge, Alberta. David may not be aware of this but that’s actually in Canada.

The Lethbridge organizers shrewdly timed their event to take place after the Orlando and Cincinnati events so that David’s eyes would likely scan over the schedule and maybe not register exactly where Alberta is.

I kid. That part of the country is gorgeous and I’m sure he’s stoked to go somewhere new.

I’ve had a few questions and comments from fans who aren’t quite sure where Lethbridge, or Alberta, is. So, in the spirit of transparency and information sharing, here’s a quick tutorial.

● We have 10 provinces and three territories. Alberta is one of those provinces. I have submitted a proposal to Prime Minister Justin Trudeau to make Utah our 11th province and move it beside Ontario for obvious reasons.

● Canada is huge, bigger than the U.S. even. In fact, our land mass is second only to Russia (China is third and the U.S. is fourth). We have oodles of land but only about 6 people. All of those people are David Archuleta fans.

For some context about our landmass, in order to travel from my home in Toronto, Ontario, to Lethbridge, Alberta, I’d have to either drive across Ontario, Manitoba, and Saskatchewan before I got to Alberta, or take the shorter route by driving 32 hours through the U.S. Or I could take a 6 hour flight.

Fans in Calgary, Alberta, (*waves to Awestruck*) are fairly close to Lethbridge (about a 2 hour drive).

Fans in Victoria or Vancouver, B.C. (*waves to peppertara*) can drive to Lethbridge in about 12-13 hours or take an almost 3 hour flight.

Another fun fact, it’s actually a shorter trip from SLC to Lethbridge than from either Vancouver or Toronto.

I did actually check into going to Lethbridge because I thought it would be cool to be there when David tiptoed a tiny way across the border (baby steps, people, baby steps), but that event was already completely sold out! (See David, Canada loves you, dude! Keep exploring!) And it would’ve been nice to travel to see David without having to go through the usual grilling at U.S. Customs & Immigration as to the purpose of my trip. *gulp*

Fellow Canucks, did I leave anything out? If so, sorry about that. 🙂

36 Responses to Canada 101 for @DavidArchie fans