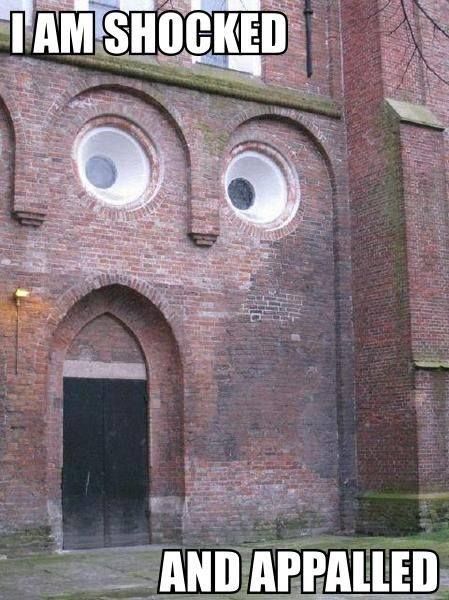 I’ve never liked the terms “good fan” and “bad fan” … in my mind, we’re all just plain “fans” who have good days and bad days.

But hey, those terms are out there, so why not have an actual questionnaire that will let us know which side we fall on. Completely scientifically accurate, of course. 🙂

1. I have purchased every single David Archuleta album: Start with 10 points.

2. But I couldn’t bring myself to buy the stooopid memory box: Subtract 10 points.

3. I’m one of those people who spends most of David’s concerts filming or cell-casting them to share with others: Add 1,000,000 points.

4. I have been known to tweet “David Archuleta doesn’t walk, he floats on silver-lined clouds of magnificence that radiate with the perfection of a thousand stars”: You’re right… but subtract 1,000,000 points.

5. I’ve gifted other fans with concert tickets or CDs at least once: Add 500 points.

6. Pre-mission, I mailed several letters to David that included self-addressed envelopes… doused in perfume: Subtract 25 points and return the grass you stole from his yard. 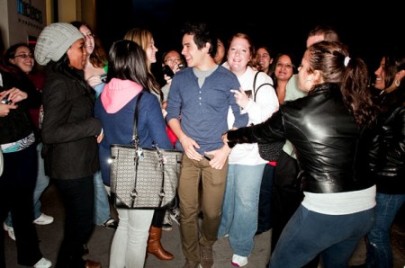 8. I’ve been known to creep David’s friends and family on social media: Subtract a point for every incident… two points for downloading family photos.

9. I’ve gone way out of my comfort zone by traveling to faraway David performances: Add 100 points.

10. Cozying up to David’s team has wrangled me backstage/meet & greet opportunities: Subtract no points but feel the daggers of 1,000 jealous fans.

12. I fake-name-and-age voted for David for the Teen Choice Awards: Add 2,000 points… and you can throw out the Clearasil now.

13. I wish this was a pic of David and not his cousin Fernando: Subtract 25 points and wash your eyes out with soap.

14. I’ve never seen David live and my country will probably never be on his tour list but I’m still his forever fan: Add 2 million points.

15. I believe he’s keeping his hair so short because he doesn’t want anyone but himself selling his locks on eBay: You’re right… but still subtract 50 points.

16. I am listening to David’s music less and less and Beebs’ and Miley’s more and more: Subtract 50 points and smack yourself in the head.

17. I cried when he made his Announcement… with sorrow: Add 250 points.

19. I like his songs but download them for free online: Subtract all your points and set yourself on fire.

20. I have Chords of Strength memorized: Subtract all your points and set the book on fire.

21. I love Elevator: Add a bajillion points and come on by for cake anytime.

Now add up your points and see where you stan… um, stand:

1-250: You barely scrape by as a fan. In fact, your stan card is under review for possible revocation. To be reinstated, you need to say four verses of Prayer of the Children and the Fa La La poem… aloud… on your lawn.

250-500: You’re a six-degrees-of-separation fan. You believe that if you shine Justin Timberlake’s shoes, crash Jeannette McCurdy’s garden party, and tutor little Jonah, you’ll eventuality become bff ‘s with the Archuleta vet and get to hang with David. (Side note: The Archuleta vet’s not returning my calls for some strange reason.)

500-750: You are an average fan. You are so average, in fact, that you probably aren’t reading this because you aren’t extreme enough to troll Twitter or lurk on fan sites. It is rumoured you spell Archuleta with two “Ts”.

750-850: You are a good fan, except on the days when you’re a bad fan. You only criticize David, his team, his family, his beliefs, and other fans when they truly deserve it and you make sure you do so under the uber-creative screen names of “Anonymous,” “Lurker” or “Feel Free to Smack Me.”

850-1,000: You are a goodish fan. You only bought his Idol tracks and Glad Christmas Tidings. You might consider buying more if he comes back and duets with Susan Boyle.

1,000-1,200: You are a moderate fan. Moderately insane. You have so many David autographs, you’ve considered forging cheques with them. You sublet in Rancagua and sleep with a Josh Bradley body pillow.

1,200+: You are the perfect fan.* David has no clue who you are and he likes it that way. But he appreciates everything you do so much that when he looks straight into the camera during “Touch My Hand,” he is totally looking at you. For real.

*Yes, this was my score. Thanks for asking.

This entry was posted in Utter nonsense and tagged David Archuleta fans are bettah. Bookmark the permalink.