40 Days of Awwwesome: Quotable quotes on finding a direction

This is the first post in a series highlighting a bunch of random, “awwwesome” things about David, or that David’s done.

I know I kid around a lot, but this particular season is one I take really seriously and a while back (even before I knew there would be a new album coming out), I’d decided to give up David for Lent … so no music, vids, news, Twitter, the works, for 40ish days. No idea how I’ll get through this alive, so if you pray, please say one for me, lol.

Anywayyyssss, this little corner of David world is special to me, as are you kind people who drop by here, so the marvels of WordPress mean that I can pre-schedule posts to go up while I’m “fasting.” 🙂 So please do still read, comment and spazz away come album time … x 2, for me.

This particular post is about some older interview quotes that I really enjoyed reading while David’s away. Maybe gives us a glimpse of the great stuff to come once he returns to music… 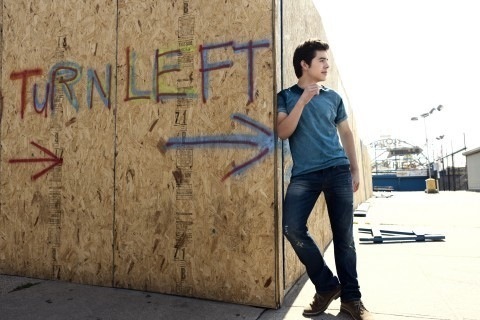 “Too often in the past, [David Archuleta] said, producers would give him songs that didn’t fit his vision or voice. “I want to make my voice come through more … I want to do songs that are more vocally driven, so I can be emotional.” He still wants to pursue pop, but didn’t want to be a ‘classical pop singer.’ He has been listening a lot to Adele and The Civil Wars, the latter a country-folk duo that includes former writing partner Joy Williams…..” (Source.)

Q. You’ve mentioned recently a lot about finding a direction, going to meetings to decide your future etc. Do you have someone, a mentor perhaps guiding you at the moment?

DA: To be honest I always have to say no one is guiding me better than God. He’s been the one guiding me. I’ve been saying a lot of prayers and trying to say ‘OK what do I need to be doing right now because I could’ve been doing a lot of other things. But what is it that I’m supposed to be doing? And a lot of times that’s scary because, it’s like I can go so many different ways. I could mess this up or who knows what. but there’s just something you feel inside that’s like ‘you know what keep going’. Even though you’re not sure exactly what’s going to happen, you feel good about what’s going on, you feel good about the decisions you’re making, you feel good about going to take a break and just meet with writers.

Q. Do you have a definite plan on what you’re going to do next?

DA: I want to try to release something new for the fans. I don’t want to make a full album this year, of course I will down the road, but not this year. But I do want to give something. And so I’ve been thinking about releasing another song for the fans who’ve been so patient, and have been good. And that’s what I’m working towards. In the last couple of weeks I’ve been meeting different people in L.A. too. But now I’m going to Nashville because I’ve done writing in Nashville before in the past and that’s where I felt magic. I need to follow this direction and this feeling and I feel it here in Nashville. A lot of people think that “Oh nashville, so you go to country, you’re going to do country music now?” It’s like no, there are a lot of different writers here. A lot of people like Ke$ha, Kings of Leon, Paramore, they’re all from Nashville. so there’s more than just country here.

Q. You mentioned that you wanted to do Latin songs really badly, how far away are we from hearing a Latin track from you?

DA: That’s something else that I’ve been working on actually. As I’ve been writing, I’ve been working on writing Spanish ideas too. I’ve been kinda reaching out a little bit here and a little there. Another thing that I want to do this year is more Christmas stuff actually. not like a Christmas album but I’m hoping to do more Christmas shows. Maybe have some Christmas releases, even if it’s a little one this year, because my favourite tour that I’ve done so far is the Christmas tour. I’ve been looking into that but I have been writing a little bit (of) Spanish stuff and what I would love to do is just get some Spanish material together. I’m trying to get my own songs, my own materials together right now.

Q. Who is your favourite Latin artist and why?

DA: I really like Luis Fonsi. I think he’s really good. I love this voice. He’s an amazing singer. Of course I grew up listening to Selena with my mom. She inspired me a lot because one of the first songs I’ve ever learned ever was one of Selena’s songs.

Q. Tell us more about your leaving record label JIVE.

DA: A lot of people were surprised about me not being with JIVE anymore. They (JIVE) actually offered a different deal to stay with them, but I just felt I haven’t been happy over this last year or two. I haven’t been going in the direction that I’ve wanted to go fully. I’ve learned so much and the people there that I’ve worked with have been really great people. But I need space, and I didn’t get that. Since American Idol it was go go go, and do this and not do this. It’s like I really have time to think about what I really want to do, and that’s why it’s like I just said I think it’ll be good to just do my own thing.

It wasn’t just the label that I left, I also left the management team that I had at the time too, because I felt like I need to know what I think. So many people are telling me what to do, so many people are saying this is what you need to do, this is what’s going to make you successful, this is your music, this is your style. I didn’t know what to do, I was so confused. And now it was like I felt like I could breathe now. It felt like I was finally breathing oxygen again because I didn’t have that pressure anymore.

Q. Is going independent an option or are you looking to sign with a different company soon?

DA: I’ve actually met with other record labels and I got offered deals to get signed again. But I just felt like you know what, why? It’s like why get signed so I can have the same problems that I had before? I want to spend time writing, get those songs together, and then go out and say I’m ready. I’m ready to make an album and show it to the record labels and say this is the music I’m going to do. Are you supportive, do you believe in me? That’s what I want to do. I want to be able to do the music that I feel, the music that I want to try, to take a chance with it instead of other people saying it for me. So I’m not looking for a label right now, I was for a little bit, but then I decided it’s not what I need to do right now.

Peace be with you and see you all at Easter! ♥

This entry was posted in 40 Days of Awwwsome and tagged David Archuleta. Bookmark the permalink.

18 Responses to 40 Days of Awwwesome: Quotable quotes on finding a direction