SAz Poll: Would you like to see @DavidArchie do SNL someday? 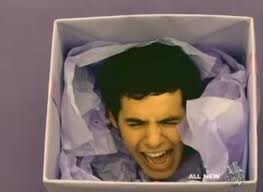 So apparently the Biebs was on SNL last night. I didn’t see it but I have seen him perform on SNL previously and I actually thought he did much better as an actor than a singer, tbh.

I have ALWAYS wanted David to be invited as the musical performer on that show. Sometimes I only tune in to see the musical guest and the live format really showcases who has what it takes (Adele, Bruno Mars, Jason Mraz), and who doesn’t (*cough*Lana Del Rey*cough*).

I remember David giving Taylor Swift props, for her stint as SNL host, in one of his vlogs, so I have a feeling he’d love to try it someday too. For those who can’t imagine him on that show, did we ever think he’d do the Guitar Hero spot? The Tosh.0 skit?? Crying slash flirting slash fight scenes on Nandito Ako??? Basically, never say never when it comes to David. (And yes, I sincerely apologize for that reference. 🙂 )

What do you guys think?

11 Responses to SAz Poll: Would you like to see @DavidArchie do SNL someday?