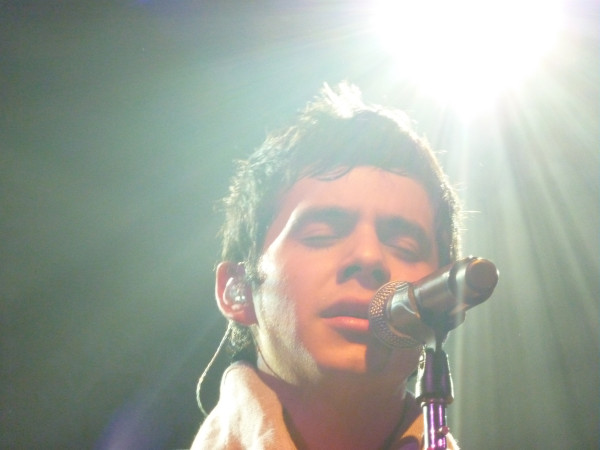 I had the opportunity to spend 4+ days with TOfan, Refnaf and many other fans experiencing the first four David Archuleta My Kind of Christmas tour shows.

It was a feast for the senses in every facet.  In fact, it took four shows to notice all the various nuances a maturing virtuoso performer has added to his artistic repertoire, of an obviously focused effort of an up-and-coming raconteur — a magical storyteller, a growing ease beyond the singing — balancing song not only with message but also real entertainment, and so much more.

My overarching impression was experiencing the true meaning of Christmas through David Archuleta’s eyes….

… to the soulfulness of “Have Yourself a Merry Little Christmas”

… the pop songs, offering an abundance of fun, light-heartedness, and a touch of angst

… the encore, “Little Drummer Boy” —  David beating his drum, his gift “…and then He smiled at me, pa rum pum pum pum, Me and my drum.”

As the final song was performed at Stroudsburg, I realized the true meaning of Christmas, through David’s eyes, had been showcased …Soul, Tradition, Family, Play, Celebration, Music, Dancing, Storytelling, Fun, Light, and Giving revolving around the Birth of Jesus and Faith.

One of the amazing djbell’s videos! Check out her channel HERE.
Irving Plaza Falala

This entry was posted in Concert recap and tagged David Archuleta, My Kind of Christmas Tour. Bookmark the permalink.