Dear @DavidArchie, thanks for taking some time off and giving us a break from your overwhelming amazingness…

…oh, and this swaggerific soundcheck LDH:

…not to mention inspiring words in interviews like this:

“Don’t let a task overwhelm you and just make you give up before you even try. If it’s something that you think good can come out of it, especially good for other people. It’s always worth going for” 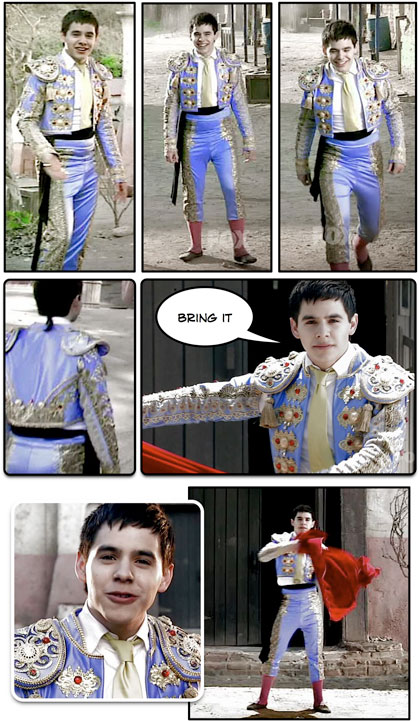 if you’re ever in the mood to paint something, you can always paint a pinecone. Thanks David, I think I know what I want to do with my life now. lol. ❤

I’m from Texas, USA. I actually became a fan of his recently. I was at a fun center / bar ( I don’t drink, I was with friends). One of the songs that was playing was Something Bout Love. I didn’t know who he or the song was, so I had to wikipedia him. Once I figured who he was, I started listening to his songs and well, here I am…. Look up “Requiem for a Soldier” Being in the US Army, I think that song really touches me. I would love to hear him sing it.

forgot about david archuleta,this is gooooood<333

David is a Master at switching from his soft smoky voice to Powerful Strong Wammer-Jammer notes… and then he’ll mellow out just to Bust It again… and with every song too. He does it beautifully with POTC. Mad Skills!!

I have viewed this video many times. I love it more each time. There is something about David Archuleta that I can’t quite explain, but it is special and beautiful.

This entry was posted in Utter nonsense and tagged David Archuleta. Bookmark the permalink.

15 Responses to Dear @DavidArchie, thanks for taking some time off and giving us a break from your overwhelming amazingness…