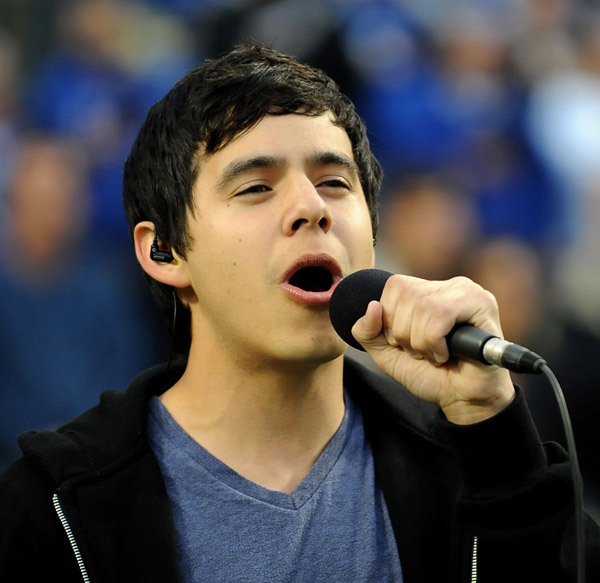 @vincantfm Some girl behind just screamed OMG because they introduced @DavidArchie to sing the National Anthem. Lol.

@Dodgers: Nailed it. Great job! RT @DavidArchie: Getting ready to sing for tonight’s @Dodgers game. Cool being on the field.

@David_Bigg: David Archuleta just sang the star spangle banner at the Dodger game for any of you American Idol fans out there. 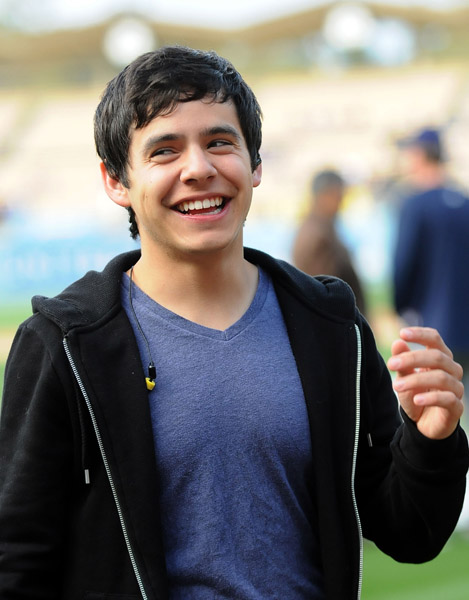 There's gotta be a way to bring you back, 'cause it's worth it when you smile.

@lougypsy @DavidArchie i just saw u! Good job, u were awesomeee!!

@lougypsy Just saw @davidarchie AND @DramaBeats at the dodger gamee! Yayyy, this is awesome, love them♥

@Monica2112 Just high fived @DAVIDARCHIE, Told him he was great and he said, aww thank you. 🙂

@clairebearattack: Thank god for the national anthem otherwise I never would have heard David Archuleta live.

@_Nikilicious_ @DavidArchie @dodgers You did an amazing job !!! Absolutely beautiful !!

@Aye_Alex David Archuletta, Mike Erwin and uncle rico from Napolean Dynamite all at Dodger Stadium sitting only a row ahead of me 🙂

And my absolute favourite batch of tweets:

@VivaPatos Hahahaha, David Archuleta performed the Star Spangled Banner here at the Dodger game. This guy followed me back from the Ducks game <_<

@SKing @VivaPatos He does it for the Angels all the time too. He’s just a star spangled banner whore.

@Ducks22 An adorable whore, that is! I love that kid! @SKing @VivaPatos

@dux4cup @Ducks22 @Sking @vivapatos Me too! He can sing the anthem to me anytime.

@gellie83 I met david archuleta at the dodger game!!!he has the most prettiest eyes ever!!! ❤

@stardust76 David Archuleta sang at the Dodgers game I went to last njight. I was fangirling in my nosebleed seats

*p.s. the Twitter names have been slightly changed to protect the innocent 😆

p.p.s. Thanks to MLB.com for posting the SSB video on their site! Photos from HERE.

This entry was posted in Special event and tagged David Archuleta hits another home run. Bookmark the permalink.