David Archuleta & The Gift of the MoTab

I have long wanted to research both sides of my family tree but hadn’t yet found the time.  So during my trip to Utah to this once-in-a-lifetime event, aka MoTab starring David Archuleta, I decided that I would try and jump-start my journey into the past. Little did I know that researching my family tree would bear such a bounty of joy, fun and friendship come concert time.

So “we” visited the Family History Center so that I could learn how to begin the process.  I say “we” because my two friends, omgdavid and Lorna were happy to go but let’s just say that they didn’t share the same interest.

As luck would have it, the Center had a huge TV that was showing MoTab Christmas show re-runs.  As you might guess, they were easily entertained while a nice man named Jim directed me to a computer and said, “I need a name and approximate year of birth and if you got a state that would be great!”  Before I knew it, we went from my Granny (one of the greatest women to ever live) to her grandfather in less time than it takes David Archuleta to hunker-down during “My Hands”! 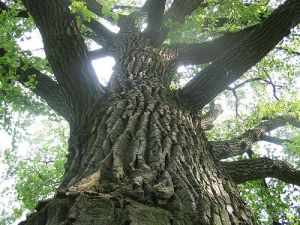 Next thing you know, I’d found my great-great grandparents — John (a blacksmith from Germany), his wife Emma and their children Mary, Joseph, John, Charles, Leopold* and Willie — back in 1880. When we got to their records, my time-traveler guide Jim said, “This is where it gets tricky as we have to go to the German records!”

As tempted as I was to catch the red eye to Germany with Jim, I let him know that my friends were being patient but that we had to leave to attend the MoTab Christmas show starring David Archuleta!

Jim said with an excited expression, “You got tickets!?”  At this point omgdavid and Lorna had joined me and we all said “YES!”  Jim had indicated that he had wanted to go but didn’t get tickets.  Lorna, omgdavid and I looked at each other and nodded in agreement.  You see, due to unforeseen circumstances, we ended up having one extra ticket.  We decided to find a special person to give this ticket to once we arrived in Utah.  We had two conditions: 1. That the person wasn’t attending any other MoTab concert; and 2. That they loved David’s music.  Thrilled to find someone who fulfilled both conditions, we offered Jim our extra ticket.

Jim was reluctant to go without his wife (who happened to be standing there). Her face brightened as she told us, “My sister is in line right now trying to get tickets to see David and she vowed to stand in line every night trying to get tickets. You see she just loves David and would do anything to see him sing with the Choir.”   Perfect, we thought!  Jim’s wife placed a call to her sister, Jane, and we were advised that Jane was on her way…pronto!

Of course I had never met Jane and many, many people turned the corner that were a demographic match but the minute she turned the corner I said to Jim, “Is that Jane?” and he said, “How did you know?”  Simply put, it was the look of anticipation that someone has when they know they are going to see David perform … yup, I had seen that same look on many different faces, many times before.

We were introduced to Jane and we asked if she would like our ticket and she said she would love to go!  She later admitted that she left her husband in the stand-by line and as she rushed to meet us had moments of guilt that she would take one ticket and that her husband wouldn’t get a ticket.  But she met us and held the ticket and said, “What the heck, he didn’t want to go as bad as I did … besides he only cares about my happiness and this makes me very happy!”

Turns out that Jane is a pianist for the LDS church and has loved David since Idol.  Jane stood in line with us and was a real trooper.  We finally got to our seats, which were fantastic.  We helped Jane figure out the picture function on her cell phone and she called her daughter who turned out to be quite jealous!  Without a doubt, Jane was beyond excited and a true fan girl.  She was so happy to be there and she thoroughly enjoyed each time that David was on the stage.  We actually thought we heard some squees!

As we waited for the show to begin, we took the time to meet some of our other concert neighbours.  Sitting close to us were two sisters and one of them brought her five kids to the show.  One sister played an instrument for the MoTab Orchestra but couldn’t play in the show due to doctor’s orders regarding her pregnancy.  She did say, “Oh isn’t David cute,” (translation: nice, cute, young etc. etc. etc.).  Her sister stated that her top three singers are Céline Dion, Josh Groban and Michael Bublé (in that order). She also stated that no one makes her feel music like Céline Dion.  I’ll cut to the chase: I think Utah’s entire inventory of Kleenex was used by these two sisters during David’s “Silent Night.”

There was another lady sitting by Lorna who, every time David appeared on the stage, would begin to sob. Every. Single. Time. Not teary eyed, not tears trickling down her face … gut-wrenching gale-force sobbing.

I’m going to avoid the challenge of trying to describe the show … simply because you cannot describe the indescribable.  As David has done time and time again, he was an expectation buster.  You know what that is … you have such high expectations before going to see David perform and yet each and every time those expectations are blown away.  The difference this time was that David did so on a magical stage during a magical season.  His joy was so palpable … so infectious.

When the show had ended, we stood there for a bit in amazement trying to process what we just witnessed.  We then gave our new friend Jane a big hug and told her that we couldn’t have wished for a better person to share the experience with us.  We started to walk up the steps to leave the Center.  As we got halfway up the steps, Jane met her friends.  All 10 of her friends exclaimed in unison, “You got in the show!?!?! How did you get in???”

It was obvious that they knew she was determined to get in and they were happy that she was successful.  As we approached they kept exclaiming, “How did you get in? How did you get in?”  Soon we were at their row and we hugged Jane one more time and said goodbye.  As we walked away we heard her sharing her story.  In that moment I felt like one of Santa’s Elves hopping on his sleigh after giving a gift so special to someone who was so appreciative.  Interestingly enough, the Santa is this story has an immaculate voice, beautiful golden green eyes and an aura that glows much brighter than Rudolph’s nose.

*I can’t tell you how jazzed I am to have a relative named Leopold!

This entry was posted in Concert recap and tagged David Archuleta, not-so-random act of kindness. Bookmark the permalink.

83 Responses to David Archuleta & The Gift of the MoTab